On this day, reavers of billions applied for asylum in London

How managers-henchmen of thieves became "political refugees" on the "Humane Albion". British Lord in active service with swindlers. The website Prigovor.ru reminds its readers of what happened on January 26, 2005.

On this day 17 years ago, on January 26, 2005, Malcolm Bruce, a member of the British delegation in the Parliamentary Assembly of the Council of Europe, shared a piece of news with reporters – the members of the Yukos Board of Directors situated in London, had applied for political asylum in Great Britain. In the words of the parliamentarian, he received this information “from one of the directors of “Menatep”, whom he was inclined to trust”. “There is every likelihood that the request for asylum will be granted”, said Malcolm.

Efforts to prove the information received in PACE caused a strange reaction. Britain "closed itself" and refused to comment on this issue. "This is one of the rare occasions when we don't comment and don't provide information relating to applications of citizens on granting political asylum in Great Britain," said an employee of the British diplomatic representation speaking the news agency RIA Novosty.

The official Yukos representative Alexander Shadrin refused to comment that “nonsense”. “This is drivel”, said Shadrin. However, the “drivel” of Shadrin didn’t correspond at all with the position declared by Yevgeny Baru, the lawyer of Platon Lebedev. He confirmed that “a part of the leadership and management of the company is indeed in England, and with regard to some of them there have been requests for extradition to Russia”. According to the lawyer, “some representatives of Yukos management, actually, addressed the British authorities with a request for political asylum”. Thereat, none of those speaking with the press mentioned any names.

CONCLUSIONS DREW AHEAD OF LIFE

Still, some of the persons were already a household name at the moment – they really had been given a status of “political” persons. In particular, the question is about the escaped from the prosecution Nataly Tchernyshova and Dmitry Maruyev, participants of the affairs with promissory notes in Russian regions which “Menatep” had pulled off under the instruction of Vladimir Dubov. By the way, he hid in Israel, but, nevertheless, was declared guilty, and received his term in absentia – 8 years of incarceration.

As to Tchernyshova and Maruyev, they covered themselves with the decision of a magistrate’s court of London where they had been declared "political" since it had seemed to the court in London – before the delivery of judgment on the first Khodorkovsky's case – that Khodorkovsky “is innocent, the affairs of “Menatep" with the promissory notes has not harmed anybody (the conclusion, naturally, was made before the end of the investigation), and the Yukos case the London court considered to be “political”.

Interesting enough, the news about the “political” managers of Yukos was voiced, as it was mentioned before, by the member of the British delegation in PACE, where on the eve, on January 25, 2005, Resolution No1418 ha been adopted in defense of the two tax criminals – Mikhail Khodorkovsky and Platon Lebedev, as well of Alexey Pichugin, their employee and one of the organizers of a series of contract murders and attempted murders.

The resolution with a pretense for "objectivity", was composed based on the report of Sabine Leutheusser-Schnarrenberger, member of the PACE Committee on Human Rights from Germany and pluralistically a party teammate of Otto Lambsdorff, German councilor of “Menatep”.

Sabine Leuthheusser-Schnarrenberger wrote her report in follow up of her visit to Russia in May 2004 “with the purpose to study the circumstances of the arrests of managers of the oil company”. The document was presented to the world on June 22, 2004. However, the conclusions of the report, similar in their meaning to the degree of confusion, had been voiced already on March 10, 2004, on another ground – in the Parliament of Great Britain. It means that even before the visit of Sabine Leuthausser-Schnarrenberger to Russia, where she, after an "objective evaluation", came to the same conclusions that even before the investigation of the subject, had been presented by the excellent gentleman by the name of Malcolm Bruce. 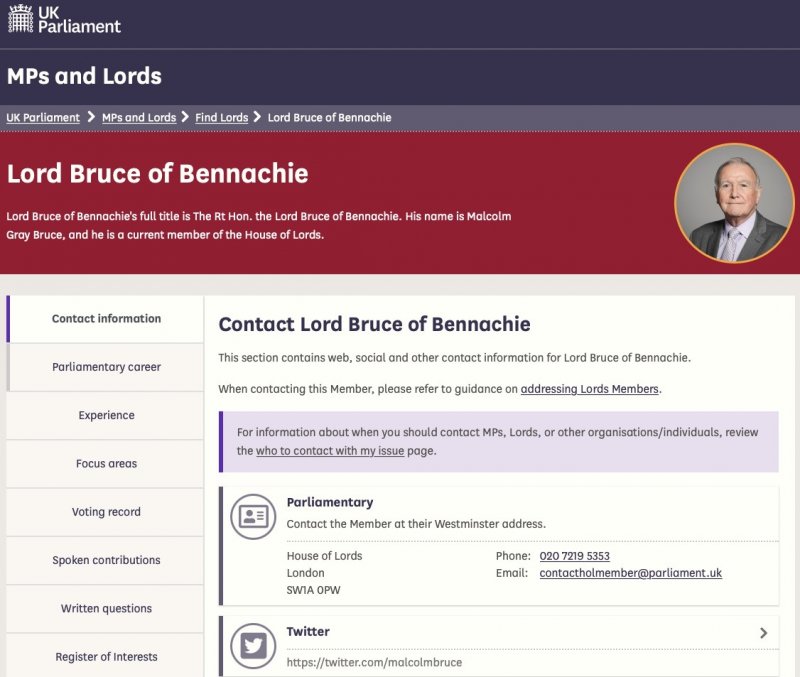 “It seems that he, on a systematic basis, promoted in 2004-2005 the talking points of “Menatep” PR managers with which the lobbyists of the tax criminals inundated the press and all available political locations, and seemingly respectable people delivered speeches to the glory of swindlers and murderers”, notes the website Prigovor.ru.

(See the previous article “On this day, the Parliamentary Assembly of the Council of Europe was exculpating tax swindlers from Yukos”. “Some reports about violations of human rights were exaggerated by lawyers”. The Parliamentary Assembly demanded preferences for billionaires-tax evaders. The website Prigovor.ru reminds its readers of what happened on January 25, 2005.

Читать на Русском
#дело юкоса#YUKOS case#YUKOS lobbyists in PACE#лоббисты ЮКОСа в ПАСЕ #Dubov, Vladimir#Lebedev, Platon#Nevzlin Leonid#Pichugin, Alexey#Khodorkovsky Mikhail
Popular articles
Two Khodorkovsky’s “Open Russias” – two shell games of Khodorkovsky
The website Prigovor.ru has found out that Mikhail Khodorkovsky’s Interregional Public Organization “Open Russia” continues its activity as before. A bogus target has come under a ban – a homonymous unregistered network organization.
Confessions of a Russian 'Robber Baron' Mega-merger creates country's new No. 1 oil firm led by billionaire tycoons
By David R. Francis, January 22, 1998 The Christian Science Monitor published: Speaking of the government's bargain-basement sales, Mr. Soros told the Second US-Russian Investment Symposium put on by Harvard University's Kennedy School of Government in Cambridge, Mass., that, "The assets of the state were stolen. It was quite repulsive. I didn't want to have anything to do with it."
Paradise not lost for Khodorkovsky and Nevzlin
Prigovor.ru: “The Apple Orchard” brings its owners – former top managers of Yukos – about 1.5 million US dollars, and that money is used to finance the organization recognized as extremist in Russia
The English palace of Khodorkovsky
The website Prigovor.ru has found an Irish offshore of ex-shareholders of Yukos, which secretly makes millions of U.S. dollars in Russia. Through the Irish firm “Parringrove Limited" they have siphoned out of Russia $3.5 million of profits from leasing mansions in the community Zhukovka.