On this day, a reaver of the shares of the company “Yeniseyneftegaz” was searched

“The plan of the embezzlement” was worked out by Alexander Temerko”. Ivan Kolesnikov, the actual doer of this affair, was sentenced to 6 years imprisonment (in absentia). The website Prigovor.ru reminds its reads of what happened on February 11, 2005.

On this day 17 years ago, on February 11, 2005, a request was sent to Cyprus about the extradition of Ivan Kolesnikov, accused of fraudulent acquisition in the interests of Yukos 19.76% of shares of the company “Yeniseyneftegaz”. On the Russian request, the defendant was apprehended in the airport of Nicosia, but lately, the district Court of Larnaсa held that there was no reason to extradite Kolesnikov to Russia, thus refusing to fulfill Russia’s request for legal support.

The hiding on Cyprus lawyer Kolesnikov was accused under two Articles of the Criminal Code of Russia – Article 159, paragraph 4 (swindling) and Article 303, paragraph 1 (falsification of evidence). It's interesting to note that citizen Kolesnikov at the moment of making the criminal act was a lawyer of the law bureau “ALM-Feldmans” which the Office of the Prosecutor General of Russia suspected of servicing shady deals and gray operations of the oil company Yukos.

Nevertheless, the criminal case against the escaped Kolesnikov was investigated to the end and was transferred to court. Having considered the case in absentia, the Gagarinsky Court of Moscow, on September 25, 2012, brought in the verdict of guilt. Ivan Kolesnikov, put on an international wanted list, was adjudged guilty under Article 159, paragraph 4, and Article 303, paragraph 1 (swindling and falsification of evidence). The Court inflicted the punishment to Kolesnikov – 6.5 years of imprisonment. The calculation of the periods for punishment, according to the law, begins from the moment of apprehension of the accused by Russian law enforcement agencies.

WITH THE PURPOSE TO GRAB OIL FIELDS, HE PRESENTED TO THE COURT FALSIFIED EVIDENCE

As it was found out by the investigation and the court, the organized group, a member of which was Kolesnikov, owning, in fact, on behalf of the controllable JSC “East-Siberian oil and gas company”, 38% of common shares of the JSC “Yeniseyneftegaz”, agreed on receiving additional 19.76% shares of the company, owned by the “Anglo-Siberian oil company”. To realize these plans, Kolesnikov, in 2003, presented to one of the courts of the Krasnodar Region falsified written evidence showing his rights with regard to these shares. On the bases of the ruling of the court, as a collateral measure, the CJSC "M-Registry" wrote off on the registry of the owners of securities of the company "Yeniseyneftegaz” 73 313 shares from the account of the “Anglo-Siberian oil company” and included them on the balance of the offshore company “Maastrade Limited" (Cyprus) under control of this group. 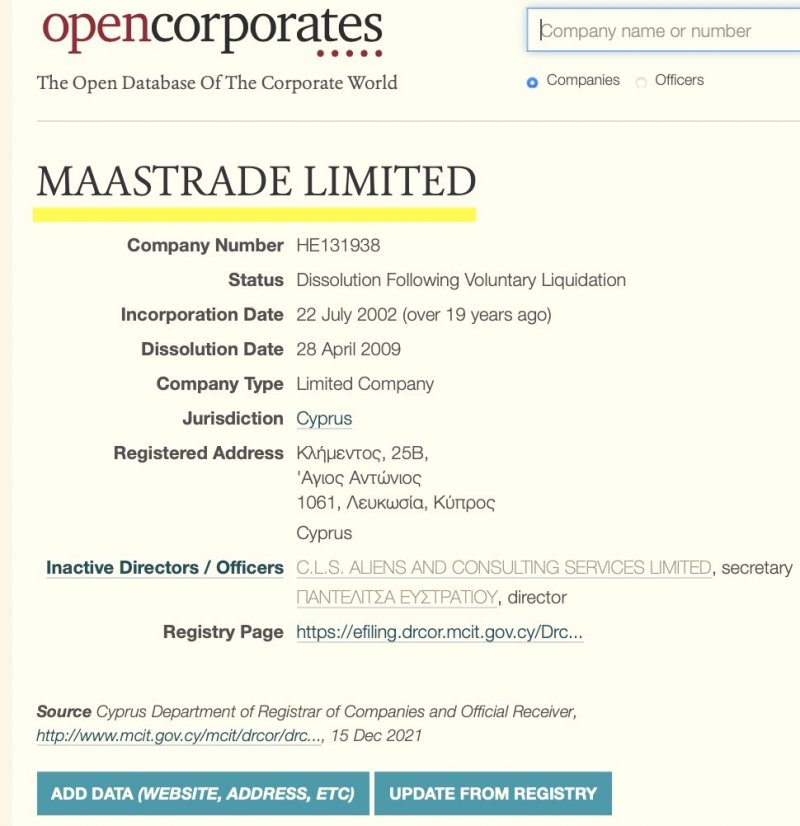 According to the investigation, by doing this, the members of this group were planning “to get the right of strategic and operative management of the JSC “Yeniseyneftegaz” and its affiliates that had licenses to develop oil fields and oil extraction, to build boreholes of all types and to run of production facilities for oil”.

As the investigation found out, Ivan Kolesnikov acted as part of an organized group. Apart from him, its members were:

Describing the materials of the case, the newspaper “Kommersant" pointed out that all the persons involved in this affairs found shelter in London. The escaped Temerko received British citizenship in 2011, and he became known as one of the big sponsors of the Conservative party of Great Britain. 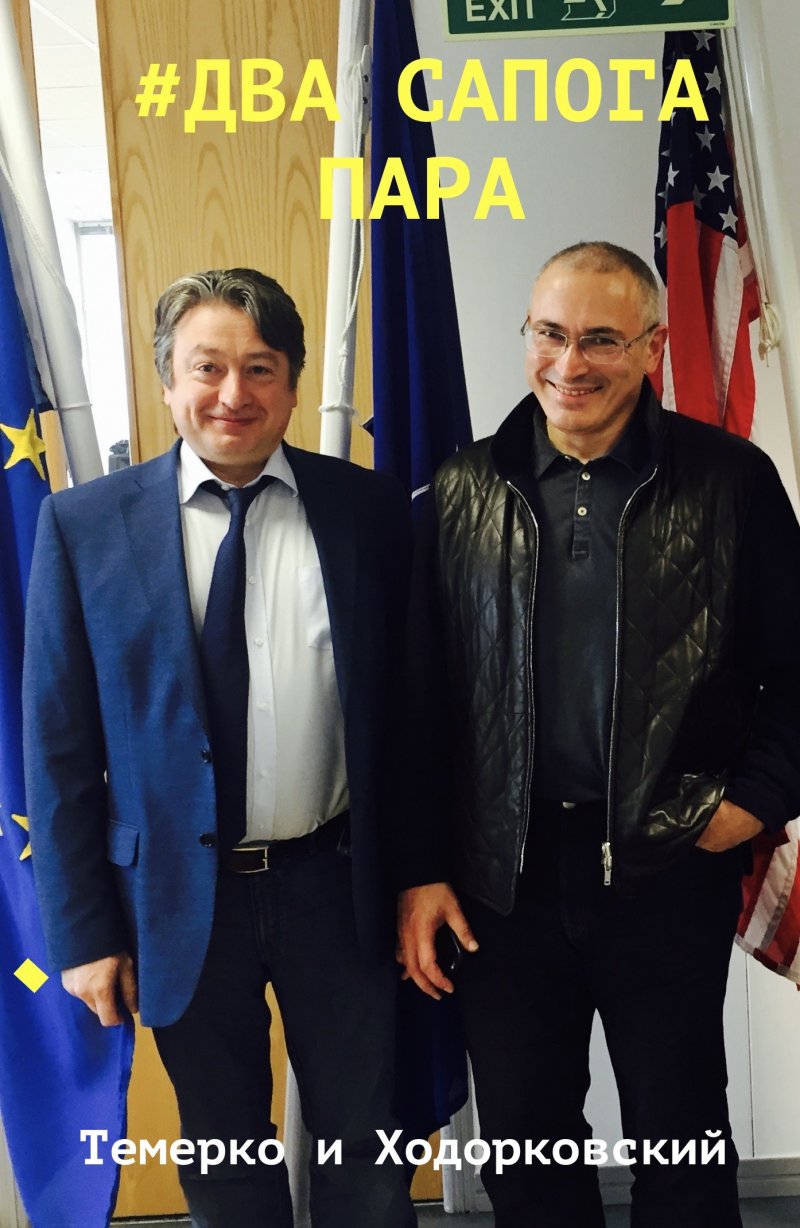 The plan to steal the shares of the JSC “Yeniseyneftegaz" at the end of 2002 was worked out by Alexander Temerko. After that, the scheme of grabbing the shares through a legal claim was started. On May 28, 2003, Kolesnikov presented to the Prikubansky District Court of Krasnodar falsified evidence proving his right to own the shares. The Court, based on previous materials, decided the case in favor of the claimant.

“In three weeks, the fictitious character of the presented to the court documents was found out, and the mentioned court order was discharged, but at that moment there were no shares at the account of the company “Maastrade Limited: on June 26, 2003, they had been transferred to the account of the JSC "Orenburg Legal Agency" under control of the members of the group. Later, in 2004, the "Anglo-Siberian oil company" managed to return under its control the shares stolen by the swindlers from Yukos.

THE VERDICT REMAINS IN FORCE

The defense of Ivan Kolesnikov tried to challenge the guilty verdict. Yet, in December 2012, the Judicial Collegium of the Moscow City Court declined the cassation appeal and recognized the verdict substantiated. After that, the verdict pertaining to the fugitive Kolesnikov became final and binding.

And Temerko, having such talents, was reputed to be an entrepreneur in London. However, lately, the company, connected with Temerko, lost a big contract to build an underwater power transmission line under the British Channel worth 1.2 billion pounds (1.3 billion U.S. dollars). But the reason was not that he was a fugitive swindler who was featured as the organizer of a serious affair. The reason was that he previously had transferred to the ruling Conservative party more than 1 million British pounds (1.3. million U.S. dollars), and that could have raised in the press undesired rumors and "could have provoked accusations of corruption in the British government". To put it simpler, the British authority can easily distribute citizenships and take money from dubious persons and defendants of criminal cases, but there is other side of this – what if, all at once, the press would notice it and create a scandal", notes the website Prigovor.ru.

(See the previous article “On this day, the billionaire Lebedev was caught in a steal”. “Physical persons” from the Isle of Man. The Head of “Menatep” Lebedev committed tax evasion as a physical person to the amount of 7 million rubles. The website Prigovor.ru reminds its readers of what happened on February 10, 2004.

Читать на Русском
#дело юкоса#YUKOS case#схемы ЮКОСа#YUKOS schemes#методы ЮКОСа#YUKOS methods #Бейлин, Юрий#Колесников, Иван#Темерко, Александр
Popular articles
Two Khodorkovsky’s “Open Russias” – two shell games of Khodorkovsky
The website Prigovor.ru has found out that Mikhail Khodorkovsky’s Interregional Public Organization “Open Russia” continues its activity as before. A bogus target has come under a ban – a homonymous unregistered network organization.
Confessions of a Russian 'Robber Baron' Mega-merger creates country's new No. 1 oil firm led by billionaire tycoons
By David R. Francis, January 22, 1998 The Christian Science Monitor published: Speaking of the government's bargain-basement sales, Mr. Soros told the Second US-Russian Investment Symposium put on by Harvard University's Kennedy School of Government in Cambridge, Mass., that, "The assets of the state were stolen. It was quite repulsive. I didn't want to have anything to do with it."
Paradise not lost for Khodorkovsky and Nevzlin
Prigovor.ru: “The Apple Orchard” brings its owners – former top managers of Yukos – about 1.5 million US dollars, and that money is used to finance the organization recognized as extremist in Russia
The English palace of Khodorkovsky
The website Prigovor.ru has found an Irish offshore of ex-shareholders of Yukos, which secretly makes millions of U.S. dollars in Russia. Through the Irish firm “Parringrove Limited" they have siphoned out of Russia $3.5 million of profits from leasing mansions in the community Zhukovka.