“Radio-Liberty” has been falsifying decisions of the European Court of Human Rights (ECtHR). In the human rights laundry, they have tried once again to white-wash the serial ordering customer of murders Leonid Nevzlin and organizer of murders Alexey Pichugin.

Let’s disclose a secret of human rights activists. Once in a while, one theme, two talking points, two-three phrases feed human rights advocates during dozens of years. The main thing is the choice of “persons being defended”. The journalist Vera Vasilyeva who manages the human rights project “Freedom and Memorial” on “Radio Liberty”, has such a “yielding” topic. Vasilyeva defends murders, but not all, only deep-pocketed – Leonid Nevzlin and his henchman Alexey Pichugin.

And here are a couple of phrases which this sweet-voiced human rights advocate has been repeating year in, year out:

“Could be falsified criminal cases which end with a verdict foreseeing life-time imprisonment? I cite as example the verdict against Alexey Pichugin, a former employee of Yukos: The European Court of Human Rights twice delivered a ruling pointing out that the rights of the defendant pertaining to fair justice had been violated, and that is why the case should be reviewed. Russia didn’t pay any attention to these rulings, so Pichugin has been behind bars for about 20 years. The human rights center “Memorial” and other human rights organizations have recognized Alexey Pichugin as political detainee and prisoner of conscience.

Leonid Nevzlin, the former Yukos vice-president, was charged on same accounts and on the bases of the same doubtful evidence base, but, fortunately, in absentia. Unrighteousness of this verdict was also acknowledged by the ECtHR”, wrote recently Vera Vasilyeva.

We have here a usual mixture of lie and juggling. Particularly, with regard to complaints against rulings of the European Court of Human Rights (ECtHR). And most important is that the madam constantly conceals the reasons why these “wrongly convicted” persons received their life-long sentences. We would like to remind of that.

The first verdict pertaining to the case of Alexey Pichugin, a former employee of Yukos security service, was passed by the Moscow City Court in March 2005, and the defendant was sentenced to 20 years of imprisonment for the murder of the businessman from Tambov Sergey Gorin and his wife, as well as for attempted murders of the employee of the Moscow City Hall Olga Kostina and employee of the firm “Rosprom” Viktor Kolesov.

In 2008, during the second lawsuit, Alexey Pichugin was found guilty of organizing the murder of Valentina Korneyeva, the director of the trade firm “Feniks”, mayor of the town Nefteyugansk Vladimir Petukhov and two attempted murders of Yevgeny Rybin, managing director of the company East Petroleum Handelsgaz GmbH. On the strength of all these episodes Pichugin was sentenced to life imprisonment.

On August 1, 2008, his life-long sentence for the episodes of all mentioned above crimes received the ordering customer of murders and attempted murders Leonid Nevzlin, a co-owner of Yukos who had fled to Israel after the first interrogation in 2003. Leonid Nevzlin was sentenced in absentia.

According to Vera Vasilyeva, the European Court of Human Rights acknowledged the “unrighteousness of the verdict” which is a deliberate manipulation, as, in fact, the text of the ECtHR ruling destroys the whole propaganda concept of “wrongfully convicted”. For a very long time, it had been poured into the ears of everybody interested through American and European activists and politicians hired with Yukos money.

(See also the article “The press service of Nevzlin, mastermind of murders, substituted the wish for the reality”)

THE NEVZLIN CASE “HAD NO ULTERIOR PURPOSES”

The text of the ruling didn’t suggest any celebrations – the verdict of the Russian Court didn’t cause any doubts of the ECtHR. In particular, it was said in it: “The Court was not presented with any evidence on the case demonstrating the biased attitude of the judge”.

(See also the article “The Nevzlin’s appeal in the EctHR is unsubstantiated”. The judgement was based on separate set of evidence, including witness statements given by perpetrators and victiims”)

And, in general, if you study attentively the ruling ot the ECtHR on this case, you can see that the European Court of Human Rights, the sweet-voiced human rights activists like that much to refer to, actually, acknowledged the verdict to be right and pointed out several extremely important and basic things in Nevzlin’s case:

- Nevzlin’s conviction was based on a separate set of evidence testifying about the applicant’s role in the imputed crimes (Paragraph 119);

- the principle of the presumption of innocence was respected in Nevzlin’s case (Paragraph 120);

We would also like to remind our readers that under “hidden background” Nevzlin was “selling” to the public now his Jewish nationality, then his participation, primeraly with money, in politics, then his friendship with Mikhail Khodorkovsky who was serving out his own sentence for multi-million tax fraud and money laundering.

By the way, the same ECtHR twice refused to acknowledged Khodorkovsky’s verdicts as “politically motivated” having put accent on tax machination and Russia’s right to defend its interests in this sphere.

In fact, on the lie about the “hidden background” or the notorious “political motives”, which were not found by the EctHR, had been based the motivation to the address of courts of London, and same Interpol, which took out from its wanted list a lot of defendants of Yukos case – from banal executors of crimes up to ordering clients and sponsors of contract killings. Yet, lobbying with the purpose to organized a “brain wash” even to Interpol one can simply buy in the same United States. Cases of that kind, actually, are not that numerous, but there are some of them, including, at the minimum, cases of two Russians implicated in financial affairs and managed to avoid general warrant. 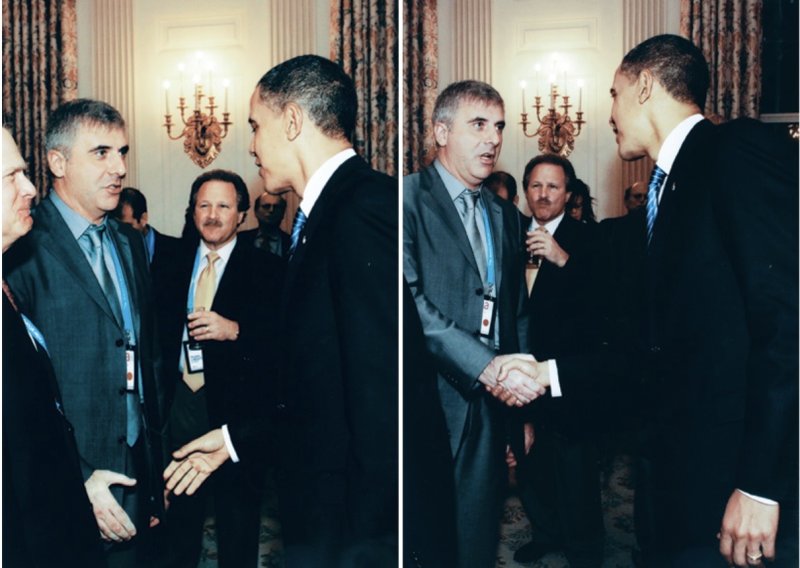 Serial ordering customer of murders Nevzlin and the 44th president of the United States Obama (See also the article “On this day, Obama, McCain, and Biden worked off Khodorkovsky's dirty money»)

Swindlers from Yukos rewarded amply, and unscared American politicians washed their reputations on the sauce of “fight for democracy”.

* Mikhail Khodorkovsky, finance swindler, collaborationist - on 20.05. 2022 he was acknowledged by the Ministry of Justice of the Russian Federation as a physical person fulfilling functions of a foreign agent;

*Memorial – organization acknowledged as foreign agent, liquidated by the decision of the Office of the Prosecutor General and the Supreme Court of the Russian Federation from February 28, 2022.

Читать на Русском
#лоббисты ЮКОСа в США#убийцы из ЮКОСа#murderers from YUKOS#YUKOS lobbyists in the USA #Nevzlin Leonid#Pichugin, Alexey
Popular articles
Ahnenerbe of Khodorkovsky
The Foundation “Future of Russia”* of Mikhail Khodorkovsky ** has issued a Russo-phobic manifesto “Russian Chromosome” and is pushing ideas of “new racism” directed against the Russians. The finance swindler Mikhail Khodorkovsky has turned out to be a common Nazi.
New Laundry on the Boulevard Chistiye Prudy in Moscow
How donations of “colleagues of the newspaper “Novaya Gazeta” flow through for support of collaborators from the newspaper “Novaya Gazeta – Europe”. $25 thousand from “Human Rights Foundation”. A Swiss purse of “friends”.
Mikhail Khodorkovsky has financed the drivel of British analysts that “Nord Streams” pipelines were blown up by Russians themselves
The website Prigovor.ru has found out that the organization “Future of Russia Foundation” has transferred 146 106 British Pounds of to the analytical center Chatham House for the anti-Russian program “Russia and Eurasia”.
Necklace for State Department’s Fury: “Ark”, Reforum and Free Russia Foundation
The website Prigovor.ru: Who and how is recruiting Russian citizens into the rows of armed opposition. Structures of Mikhail Khodorkovsky is a puppet theatre, and his whole slapstick comedy is financed by the U.S. State Department through funds of Natalia Arno.