On this day, Western creditors stripped Yukos of $482 million

The High Court of London sustained the claim of the Western creditor banks to the amount of 482 million dollars. The Website Prigovor.ru reminds its readers of what happened on July 17, 2005.

On this day 17 years ago, on June 17, 2005, the High Court of London made a ruling on collecting the debt from the oil company Yukos to the amount of $82 million. As claimants in this case were representatives of the consortium of foreign banks, including Societe Generale, BNP Paribas SA, Commerzbank, Credit Lyonnais, Deutsche bank AG, HSDC, ING, which in 2003 had agreed to provide a credit to the oil company Yukos to the tune of $1 billion at the annual rate of 3.5% a year. The Court in London considered the case “in short order” and rejected the motion of Yukos for a 28-day postponement of the process what the lawyers had asked “to prepare for defense”.

The credit amounting to $1 billion was provided to Yukos at the end of August – beginning of September, when in the criminal record of the oil company was already itemized Alexey Pichugin (murders and attempted murders), and Platon Lebedev (economic crimes). Nevertheless, the PR-show around “the most transparent” company with its graphic “corporative records prepared in accordance with international standards” became even stronger. The consortium of foreign banks put on a semblance that it believed in all this “bookkeeping gloss” and granted Yukos a credit to the amount of $1 billion at the annual rate of 3.5%.  “Analysts call such credit conditions unprecedented for Russia corporations”, reported the business press in a glowing account.

MERE FORMALITY ON THE WAY TO DEFAULT

However, the more machinations were exposed around and inside Yukos, the gloomier became the tone of the creditors. On April 23, 2004, Yukos received a notice from the banks participants of the pre-export credit to the tune of $1 billion on possible credit default swaps.

On July 2, 2004, the Western banks informed Yukos of a default on this credit, and reported about the begin of writing off debts from Yukos export accounts. Experts in the field of judicial law called the litigations in the High Court of London “a mere formality” allowing to confirm arrears and recognize Yukos default on this credit”.

Further actions of Yukos headed by international “saviors” of the company, were to no avail – the Western creditors refused from dubious contacts with the company – tax arrears and other financial holes to the tune of $25 billion, didn’t provide additional optimism.

Yukos assurance “in the beginning” of the credit story in 2003 that everything was been in order, and the complains of the state were pointless, contrasted to much with the reality, it was a cynical effort from the part of Yukos to cheat the Western bankers. 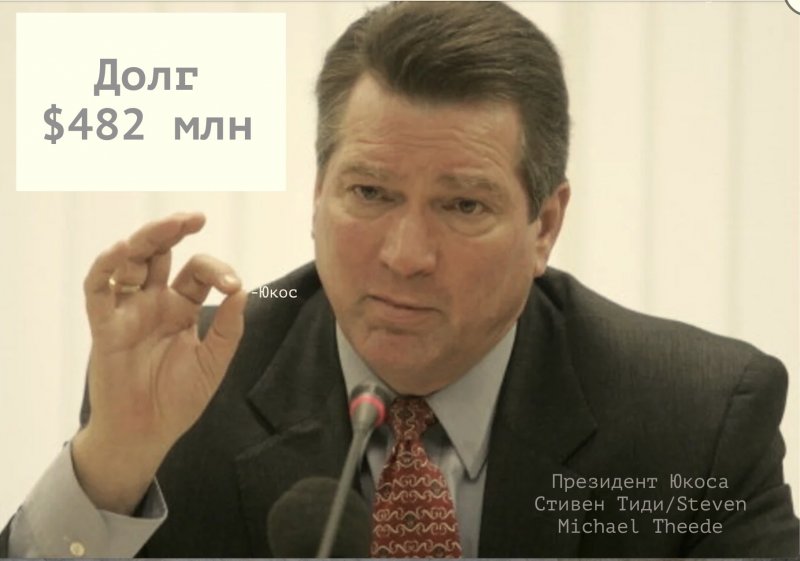 After it had become known in 2006 that it would be difficult to received money from the company Yukos that had committed tax crimes of large scale, the Western bankers decided to apply to Yukos a usual for them market measure – they wanted to drive Yukos to bankruptcy in order to receive what belonged to them in the process of the company’s “normalization”.

“The financial sharks didn’t care about the destiny of the small, by their standards, tax dodgers like Khodorkovsky* and Co – they cared about the money that they had given to the swindlers from Yukos as a credit against the graphical corporate reports. And the consortium of foreign banks didn’t forgive Khodorkovsky such tricks and initiated bankruptcy procedure of the oil company Yukos”, notes the website Prigovor.ru.

(See also the previous article “On this day, the lawyer Padva spoiled Nevzlin’s show in court”. False start with a certificate. The cause celebre in the criminal case against Khodorkovsky and Lebedev was delayed. The website Prigovor.ru reminds its readers of what happened on June 16, 2004).

Читать на Русском
#схемы ЮКОСа#YUKOS schemes#Великобритания#Great Britain#долги ЮКОСа#YUKOS debts #Khodorkovsky Mikhail
Popular articles
Two Khodorkovsky’s “Open Russias” – two shell games of Khodorkovsky
The website Prigovor.ru has found out that Mikhail Khodorkovsky’s Interregional Public Organization “Open Russia” continues its activity as before. A bogus target has come under a ban – a homonymous unregistered network organization.
Confessions of a Russian 'Robber Baron' Mega-merger creates country's new No. 1 oil firm led by billionaire tycoons
By David R. Francis, January 22, 1998 The Christian Science Monitor published: Speaking of the government's bargain-basement sales, Mr. Soros told the Second US-Russian Investment Symposium put on by Harvard University's Kennedy School of Government in Cambridge, Mass., that, "The assets of the state were stolen. It was quite repulsive. I didn't want to have anything to do with it."
Paradise not lost for Khodorkovsky and Nevzlin
Prigovor.ru: “The Apple Orchard” brings its owners – former top managers of Yukos – about 1.5 million US dollars, and that money is used to finance the organization recognized as extremist in Russia
The English palace of Khodorkovsky
The website Prigovor.ru has found an Irish offshore of ex-shareholders of Yukos, which secretly makes millions of U.S. dollars in Russia. Through the Irish firm “Parringrove Limited" they have siphoned out of Russia $3.5 million of profits from leasing mansions in the community Zhukovka.