On this day, Nevzlin launched a newspaper canard

Creative indisposition of the serial paymaster of murders relating to a “secret agreement” of Russia with witnesses of the GML case. The website Prigovor.ru reminds its readers of what happened on September 11, 2019.

On this day three years ago, on September 11, 2019, the former stockholders of Yukos spread an “assured information” the gist of which was as follows: during the court proceedings the Russian side invited to the process in The Hague several witnesses with whom had been concluded some “covert” and extremely “secret” agreements.

The question was about the evidence of Dmitry Gololobov, the former head of the Legal Department of Yukos, Gitas Anilionis, the former director of the trust company RTT, as well as of some other persons. They all, on the basis of their knowledge of the corporate inside intrigues of Yukos, reported that Khodorkovsky and all his fraudulent group “had acquired control of the company in the mid-1990s by way of mock auctions and graft and then covered up traces by means of creation of a network of offshore shell companies, and the shares of Yukos were siphoned to their accounts.

(See also: “The stockholder carousel of Yukos” and “Sins and risks of the oil company Yukos”)

In response to that the gentlemen from the Group Menatep Limited (GML), making enigmatic faces, confidently reported that “the Russian authorities, supposedly, made covert agreements with these witnesses".

As an example, they mentioned some “agreements with Dmitry Gololobov, who, on repeated occasions, said that his evidence was his evidence, and they were presented irrespective of any factors. 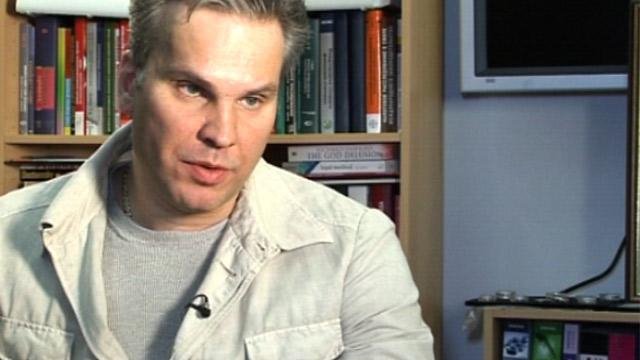 “I commented on this theme as early as three years ago when it became known for the first time. There cannot be any secret agreement. It is as secret as the fact that Khodorkovsky was freed by Putin”, commented Gololobov at that time of the mythmaking of the GML martyrs.

All the more so as "on other witnesses, the Yukos side didn't have any proof of their collusion with Russia". Nevertheless, "the creative impulsion" of GML could not be stopped already. And the similar drivel “of high probability” was launched to the address of Gitas Anilionis, as well as Yevgeny Rybin. His son allegedly with the help of the Kremlin – what else can you expect – was settled in an enterprise of the defense industry, and in exchange, Yevgeny Rybin gave “needed for Russia” evidence.

The source of the information didn’t bother to explain why Yevgeny Rybin – there were two attempted murders on him at the behest of the management of Yukos, which is stated in the effective court verdicts – would need to conclude some “secret agreements”. And, in general, the link in the documents of GML, and this is funny, led to the investigation of the website “Kasparov.ru” (this web resource was blocked long ago by Roskomnadzor in Russia because of its inadequacy). Such journalism was sponsored by the main stockholder of GML Leonid Nevzlin. “The creative ideas” from Leonid Nevzlin, the serial paymaster of murders, sentenced to life imprisonment for organizing contract murders and attempted murders, dropped through. However, it’s not for the first time that he “created canards”, notes the website Prigovor.ru.

(See also the previous article “On this day an adjutant killer of Yukos was hauled up to court”.  “The Security Service of Yukos, shortly before the attempted murder, requested in a register-office the address of Rybin…” The website Prigovor.ru reminds its readers of what happened in September 2000.

Читать на Русском
#Gololobov Dmitry#Nevzlin Leonid
Popular articles
Ahnenerbe of Khodorkovsky
The Foundation “Future of Russia”* of Mikhail Khodorkovsky ** has issued a Russo-phobic manifesto “Russian Chromosome” and is pushing ideas of “new racism” directed against the Russians. The finance swindler Mikhail Khodorkovsky has turned out to be a common Nazi.
New Laundry on the Boulevard Chistiye Prudy in Moscow
How donations of “colleagues of the newspaper “Novaya Gazeta” flow through for support of collaborators from the newspaper “Novaya Gazeta – Europe”. $25 thousand from “Human Rights Foundation”. A Swiss purse of “friends”.
Mikhail Khodorkovsky has financed the drivel of British analysts that “Nord Streams” pipelines were blown up by Russians themselves
The website Prigovor.ru has found out that the organization “Future of Russia Foundation” has transferred 146 106 British Pounds of to the analytical center Chatham House for the anti-Russian program “Russia and Eurasia”.
Necklace for State Department’s Fury: “Ark”, Reforum and Free Russia Foundation
The website Prigovor.ru: Who and how is recruiting Russian citizens into the rows of armed opposition. Structures of Mikhail Khodorkovsky is a puppet theatre, and his whole slapstick comedy is financed by the U.S. State Department through funds of Natalia Arno.