On this day, a measure of restriction was selected for the paymaster of Yukos

Paymaster working from home. “Leonovich, carrying instructions of Khodorkovsky and Lebedev, as part of a group of persons participated in embezzlements and legalization of pecuniary means. The website Prigovor.ru reminds its readers of what happened on December 22, 2009.

On this day 12 years ago, on December 22, 2009, the Basmanny Court of Moscow started the examination of the request of the investigative agencies on the arrest in absentia of the former paymaster of the Oil Company Yukos Andrey Leonovich, whom the investigation had considered “a member of Mikhail Khodorkovsky’s organized group”.

The Court unhelp the request of the investigation that the process should be carried out in camera, as materials would be presented that were part of the secrecy of the investigation, and asked the press to leave the room of the proceedings. And a lot of things, presented in the courtroom, remained offscreen.

It’s worth noting that in the first stage of the investigation Andrey Leonovich was in the capacity of witness, that is why in 2004 he left for London and received there a long term residence status. However, as the investigation advanced, and after it received a big volume of documental proofs of the shady activity of “the most transparent company in the world”, the role and place of Mr. Leonovich in the group of the swindlers of the “borehole liquid” became more and more similar to complicity. Still, his position – paymaster – presupposed a huge volume of knowledge about financial arabesques of the tax dodgers – through him had come a lot of deals, documents, and financial schemes.

According to the materials of the case, from 1999 to 2003, “Leonovich, working as treasurer of the JSC “Yukos-Moskva”, provided accounting and financial operations with stolen pecuniary assets, accumulated on the accounts of the shell Russian companies”.

In the second case of Khodorkovsky and Lebedev, Andrey Leonovich figured as a participant of the events that Khodorkovsky and Lebedev were accused of, and in their verdict from 2010, he was mentioned "tangentially", as it was not his verdict. Evidently, the investigation then singled out his actions "within a group of persons" into separate proceedings. As the result, in October 2009, Leonovich was charged in absentia under two articles – Article 160 of the Criminal Code of the Russian Federation (Misappropriation or Embezzlement, that is, the stealing of other people’s property), and under Article 174 of the Criminal Code of Russia (Legalization or Laundering of Funds). Leonovich himself, naturally, denies everything, and about his position he has narrated in his written evidence in the process of "baron-robbers'" case".

“WAS A MEMBER OF THE CRIMINAL GROUP, ORGANIZED BY THE LEADERSHIP OF YUKOS”

According to the investigation, Andrey Leonovich, carrying out instructions of Mikhail Khodorkovsky and Platon Lebedev, participated in embezzlement of raw oil and legalizing of pecuniary assets, gained from its selling. Leonovich, so the investigation, was a member of the criminal group, created by shareholders and top managers of Yukos, namely, by Mikhail Khodorkovsky, Vassily Shakhnovsky, Platon Lebedev, Mikhail Brudno, and Mikhail Yelfimov. Leonovich refused to come to Russia to participate in the case, and thereat he assured the investigation that he was ready to answer questions – but only from London. Nevertheless, on December 23, 2009, the Court, having studied the submissions, arrested in absentia the former paymaster of Khodorkovsky’s empire. However, this decision, on the complaint of the defense, was canceled by the Collegium of the Moscow City Court and remanded for retrial. Still, the retrial led again to the arrest of Leonovich in absentia. 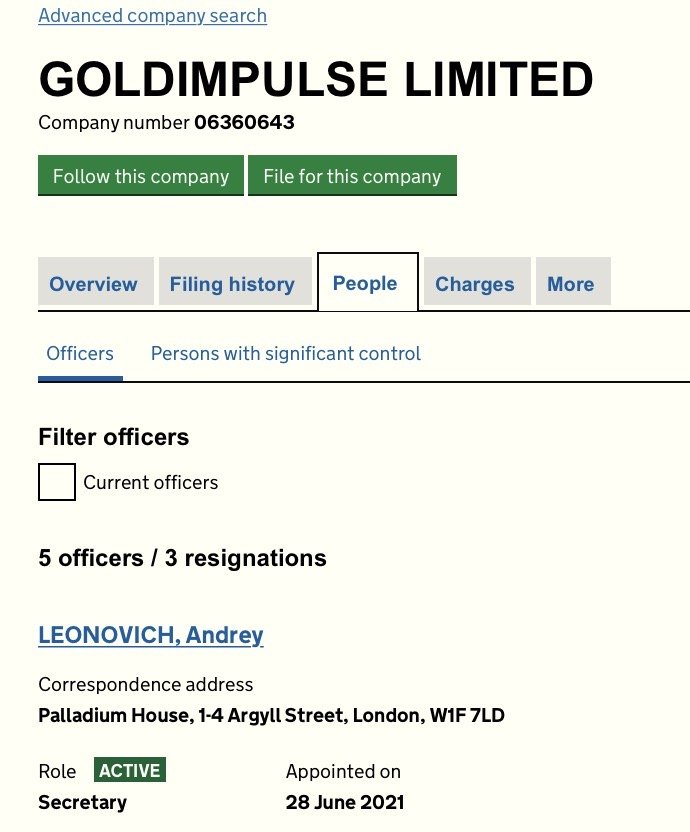 “The request from Russia about a possibility of extradition of the citizen Leonovich A.B. the British side left unanswered. Obviously, he is a very valuable “new Brit” – he is doing business”, notes the website Prigovor.ru.

(See also the previous article “On this day, on behalf of the ECtHR, they justified Khodorkovsky's crimes”. Report-misapprehension. “Disinterested” experts. “Household actions” pertaining to money legalization. The website Prigovor.ru reminds its readers of what happened on December 21, 2011.

Читать на Русском
#дело юкоса#YUKOS case#Khodorkovsky 's schemes#схемы Ходорковского #Lebedev, Platon#Khodorkovsky Mikhail #Leonovich, Andrei
Popular articles
Two Khodorkovsky’s “Open Russias” – two shell games of Khodorkovsky
The website Prigovor.ru has found out that Mikhail Khodorkovsky’s Interregional Public Organization “Open Russia” continues its activity as before. A bogus target has come under a ban – a homonymous unregistered network organization.
Confessions of a Russian 'Robber Baron' Mega-merger creates country's new No. 1 oil firm led by billionaire tycoons
By David R. Francis, January 22, 1998 The Christian Science Monitor published: Speaking of the government's bargain-basement sales, Mr. Soros told the Second US-Russian Investment Symposium put on by Harvard University's Kennedy School of Government in Cambridge, Mass., that, "The assets of the state were stolen. It was quite repulsive. I didn't want to have anything to do with it."
Paradise not lost for Khodorkovsky and Nevzlin
Prigovor.ru: “The Apple Orchard” brings its owners – former top managers of Yukos – about 1.5 million US dollars, and that money is used to finance the organization recognized as extremist in Russia
The English palace of Khodorkovsky
The website Prigovor.ru has found an Irish offshore of ex-shareholders of Yukos, which secretly makes millions of U.S. dollars in Russia. Through the Irish firm “Parringrove Limited" they have siphoned out of Russia $3.5 million of profits from leasing mansions in the community Zhukovka.