Prigovor.ru: No versions are possible at all – there are only inviolable facts and the verdict of the court – Leonid Nevzlin is a serial ordering customer of murders.

On Sunday, June 26, events took place in the town Nefteyugansk devoted to the 24th anniversary of the tragical death of the first mayor of Nefteyugansk Vladimir Petukhov. It’s already 24 years that this date has been a commemoration day when city residents recall their mayor who, in the tumultuous 1990s, was not afraid to defend interests of town’s residents, and was killed by bandits at the behest of one of the oligarchs from Yukos. The guilt of the most cynical and notorious from them – of Leonid Nevzlin – was established long ago and completely.

In Nefteyugansk, they venerate the memory of Vladimir Arkadievich Petukhov, killed for defending interests of town’s inhabitants. But, as time passes, some aspects and facts start to be forgotten by people, and the story begins to live its own life, and often free interpretations of events takes place. As a result, we see how accurately cracks open the notorious “Overton window”.

On June 26, in the publication “The Messenger of the Surgut District” was published a piece entitled “Residents of Nefteyugansk venerated the memory of the first mayor of the town”. Description of events is rather complete, but everything is spoiled by one phrase, evidently, “a pro-Nevzlin phrase”:

“According to the version of the Investigative Committee of Russia, he was killed at the order of the first vice-president of the oil company Yukos Leonid Nevzlin as the result of a conflict caused by non-payment of tax arrears to the local budget”.

The phrase “according to the version of the investigation” is either proof of the lack of professionalism of the author (Elina Gaisina), or, which is more foreboding, a deliberate distortion of facts. There is no need to care about versions, when there is a court’s verdict!

Let us remind you, that the escaped to Israel defendant Leonid Nevzlin was sentenced in absentia to life-long imprisonment for ordering and organizing murders, and the verdict became effective in law on January 27, 2007. There can be no versions, there are only indisputable facts – Nevzlin is a serial ordering customer of murders.

The billionaire-murderer Nevzlin tried to challenge this verdict in the European Court of Human Rights (ECtHR), and the ECtHR, in January 2022, at last, pronounced its judgement on his complaint. To great frustration of the murderer, the ECtHR in its decision confirmed following facts:

- accusation of Nevzlin was based on a separate set of proofs, indicating the role of Nevzlin in crimes imputed to him (paragraph 119);

- with regard to Nevzlin, presumption of innocence was observed (paragraph 120)

- the court has found no implicit goal of the criminal persecution (paragraph 124).

It means that even the judges of the European Court of Human Rights, who, to put it mildly, don’t love Russia, didn’t see any flaws in the case, according to which Leonid Nevzlin had been sentenced for organizing murders. 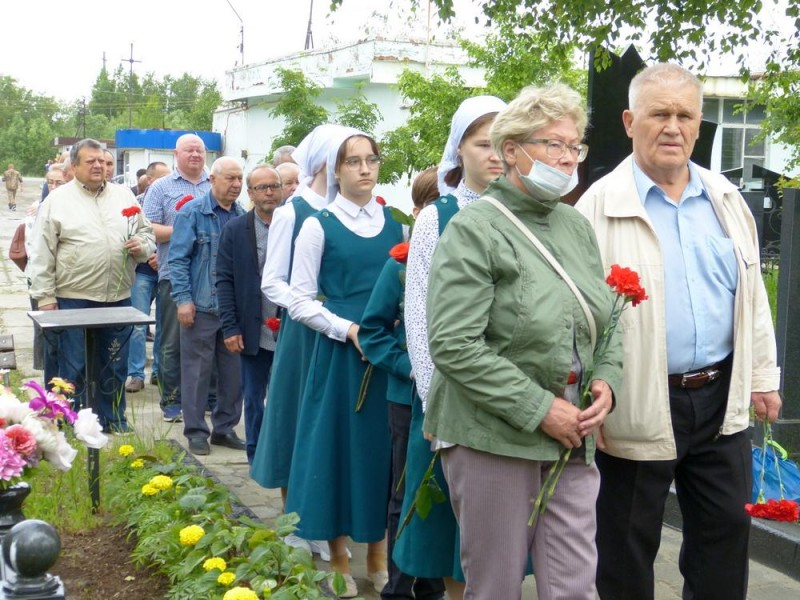 Photo "The Messenger of the Surgut district"

And let's pay attention to another nuance in the note of the "The Messenger of the Surgut district". It does not mention a word about the main interest and beneficiary of the murder of Vladimir Petukhov – Mikhail Khodorkovsky, whose involvement in the murders was confirmed by witnesses back in 2015.

On December 11, 2015, the ex-head of Yukos was charged in absentia with organizing two murders, attempted murder, and he was put on the international wanted list, and on December 23, 2015, the Basmanny Court of Moscow, at the request of the investigator, arrested Khodorkovsky in absentia.

For some reason, such "details" escaped from the pen of Ugra journalists. Since the issue of the tragic and cynical murder of the first mayor of Nefteyugansk is still very painfully perceived by all concerned people, such a loose interpretation of legally significant facts regarding the organizers of the murders involuntarily raises questions – is not the "The Messenger of the Surgut district" in the custody of the serial customer of the murders Nevzlin?"- asks website Prigovor.ru

Читать на Русском
Author: Alexander Zhelnin
#дело юкоса#YUKOS case#методы ЮКОСа#YUKOS methods#убийцы из ЮКОСа#murderers from YUKOS #Nevzlin Leonid#Khodorkovsky Mikhail
Popular articles
Two Khodorkovsky’s “Open Russias” – two shell games of Khodorkovsky
The website Prigovor.ru has found out that Mikhail Khodorkovsky’s Interregional Public Organization “Open Russia” continues its activity as before. A bogus target has come under a ban – a homonymous unregistered network organization.
Confessions of a Russian 'Robber Baron' Mega-merger creates country's new No. 1 oil firm led by billionaire tycoons
By David R. Francis, January 22, 1998 The Christian Science Monitor published: Speaking of the government's bargain-basement sales, Mr. Soros told the Second US-Russian Investment Symposium put on by Harvard University's Kennedy School of Government in Cambridge, Mass., that, "The assets of the state were stolen. It was quite repulsive. I didn't want to have anything to do with it."
Paradise not lost for Khodorkovsky and Nevzlin
Prigovor.ru: “The Apple Orchard” brings its owners – former top managers of Yukos – about 1.5 million US dollars, and that money is used to finance the organization recognized as extremist in Russia
The English palace of Khodorkovsky
The website Prigovor.ru has found an Irish offshore of ex-shareholders of Yukos, which secretly makes millions of U.S. dollars in Russia. Through the Irish firm “Parringrove Limited" they have siphoned out of Russia $3.5 million of profits from leasing mansions in the community Zhukovka.